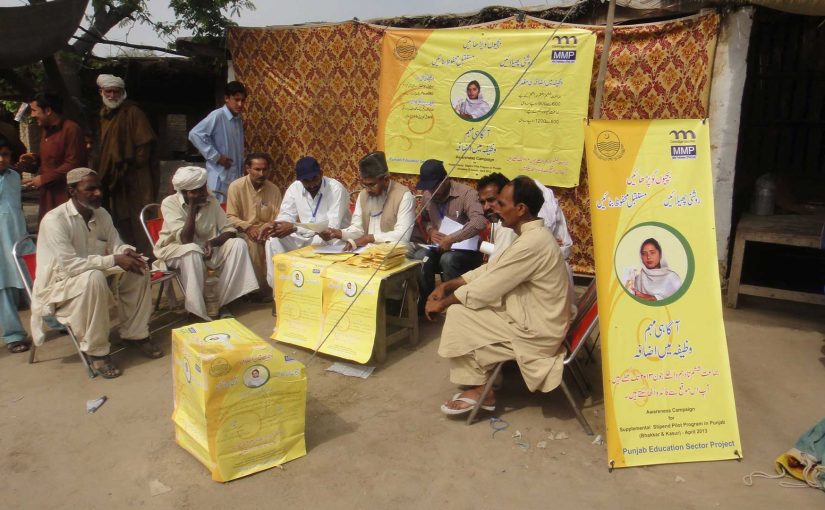 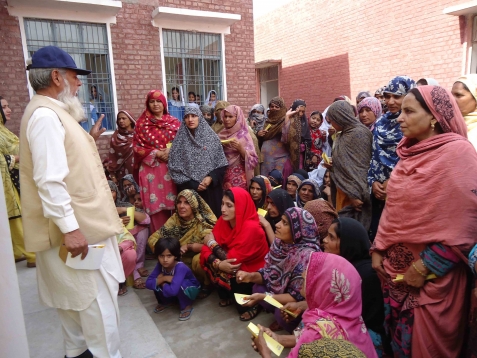 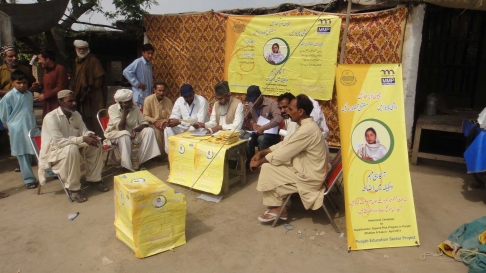 In 2004, GoPb initiated a Stipend Programme for girls in Grade 6-10, under PESRP. Since its inception in 2004, the stipend amount was never been raised despite of rising costs and significant erosion in the real value of the money over the intervening years. Going forward, GoPb wanted to enhance the benefit level and tested different design features to strengthen the effectiveness of its programmes through achieving its objective of increasing transition to secondary school and retention/progression in secondary school for girls belonging relatively to less developed areas. The new programme was named as “Supplemental Stipends Pilot in Punjab (SSPP)” launched in 68 schools in six low participation tehsils to achieve the following objectives: a) increase access and retention in schools; b) increase school transition from primary to middle and from middle to secondary; and c) ensure grade progression from primary to secondary schooling for girls belonging relatively to less developed areas. In order to make aware of the programme, a campaign was launched about SSPP. Following were the major targets to be achieved during the campaign: a)  The students were shared the information about SSPP for their continuity in schooling till completion of secondary school as well as seeking their cooperation in disseminating the information to their fellow students who had been dropped out because of financial problems but  could  benefit from this scheme and join schools again; b) The teachers of these schools were given an orientation about SSPP initiative, admission dates under it and to encourage the girls coming to school for admission without any difficulty so that judicious evaluation of the piloting could be done, c) The parents and the community in the local area were given information about the enhanced rates of the stipend and new dates for admission to facilitate them to take decision for sending their daughters to school in case the drop out have been the result of  financial reasons.