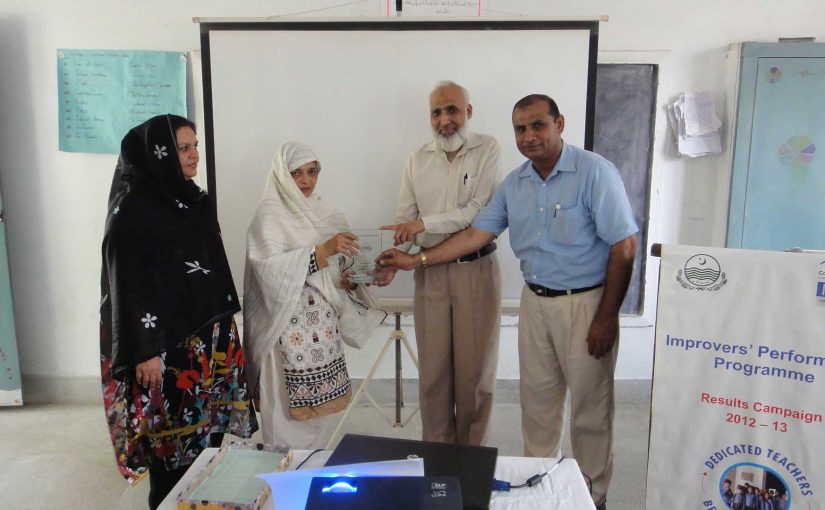 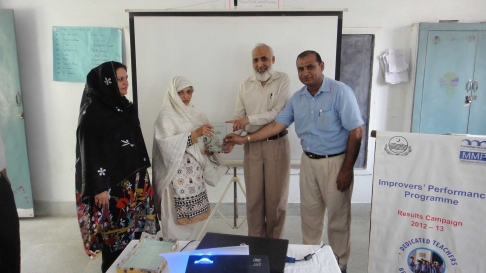 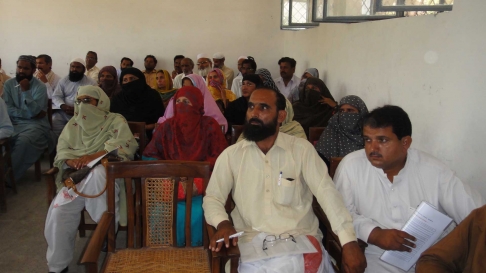 The pilot Improvers School Performance Programme was initiated by PMIU-PESRP School Education Department (SED), Government of the Punjab in the financial year 2010-2011 as a three-year programme to award incentives to low-performing schools in poorly-performing districts, with the main objective to increase enrolments in schools (enrolments + retention) and improving student learning outcomes. Initially, three districts namely Attock, Mandi Bahauddin and Rahim Yar Khan were selected as pilot districts and within these districts, 600 schools (160 schools in Attock, 127 in Mandi Bahauddin and 313 in Rahim Yar Khan) were chosen on the basis of their lowest performance in Grade 5 PEC examination. After completion of its 3 years’ cycle in 2012-2013, the pilot Improvers School Performance Programme was extended to another one year in the existing three districts and introduced in three other districts namely Jhelum, Nankana and Pakpattan in financial year 2013-2014 with an adapted form for 748 selected schools in these districts (300 schools in Jhelum, 150 in Nankana and 298 schools in Pakpattan) on the basis of their low performance in Grade 5 PEC examination.

Every year PMIU ensured orientation/awareness of the target groups (district administration officials of selected districts, head teachers and teachers of the selected government schools) under the Improvers’ School Performance Programme. The purpose of the orientation was to increase the awareness of the Programme, to know about the success stories, to share experiences, to understand the factors that impact the Programme interventions favourably or adversely and to discuss ways and means to improve the school performance further on the stated indicators. The Awareness Campaign was also meant to seek support from district administration officials for running the Programme successfully by addressing the difficulties being faced by the head teachers and teachers. For the year 2013-14 Awareness Campaign was organized for all six districts in two phases – in the first phase from 30 October to 7 November, 2013 in Attock, MB Din and RY Khan and in the second phase from 18 to 26 November in Pakpattan, Nankana Sahib and Jhelum.